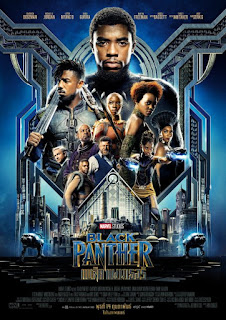 Probably should have seen Black Panther before Wonder Woman.  Because there’s this one thing that a person can’t help thinking after  seeing Wonder Woman.  Let's just cut to it:  T’Challa (Chadwick Boseman) was a great king.  Loved him.  Pledged my allegiance.  Hated – no really! – hated to see him go. 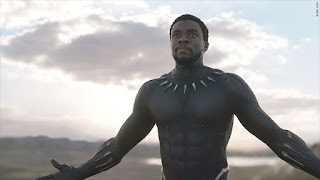 But when they found him still alive after he took a brutal beating from Erik Killmonger (Michael B. Jordan); after Killmonger threw him over the cliff and he fell so far that he started to shrink in our vision before he hit the water below; after we KNEW he was dead; you’re not gonna have Nakia (Lupita Nyong'o)challenge the new, evil King and throw his ass over the waterfall?  You’re not gonna have T’Challa’s queen-apparent rise to assume the throne? 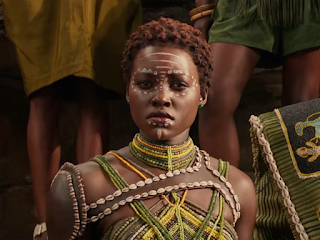 No really - you’re gonna have that ‘miracle’ twist – a fisherman found T’Challa and he’s on ice?  HE gets to come back to life to carry out Nakia’s vision of  a new, improved, benevolent, philanthropic Wakanda?!!

Well all right.  If that’s the way it has to be.  I’m just sayin’ that’s a big-time missed opportunity, that’s all. 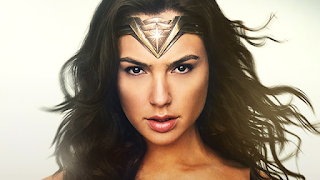 OK, maybe it’s true – if I hadn’t seen Wonder Woman first, I might not have noticed  a wise, strong. capable woman in plain sight, overlooked for the promotion.  Bad on me.

Don’t get me wrong though.  It’s good, Black Panther.  All good in so many ways. The story is engaging at that primal, hero v. villain level, the characters appealing, the cast of accomplished actors on their toes. BIG visually!  So big.

You should definitely see it.  8 out of 10 Whiskers 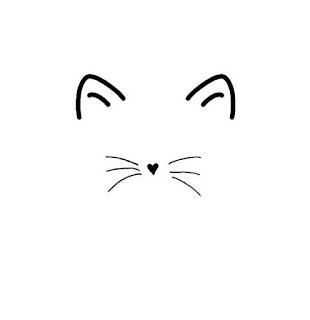