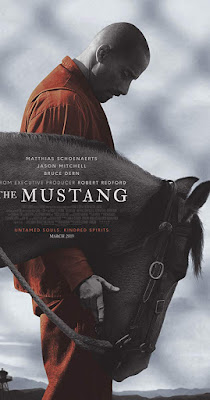 Occasionally, a movie will seize you.  That movie might bring life and immediacy to history, or maybe it’s epic in its scope.  Maybe that long-awaited kiss between two flawed-but-fated people will satisfy the universal yearning in us for love, true love.

The Mustang isn’t like that.  It doesn’t exactly seize you.  More like it slips into a corner of your brain and settles in.  It sits in your peripheral vision not too heavily, but not lightly either.

After all, we know how this story goes before we buy the ticket, right?  The trailer tells us we will not be let down.  We will settle into our reserved seats, elevate our feet, and be treated to a story of the redemption of a man imprisoned.  And, a key factor in his salvation will be a horse.  A horse!  A magnificent animal with an uncanny entre into the heart, and psyche, of a man.  Love this!  Can’t wait. 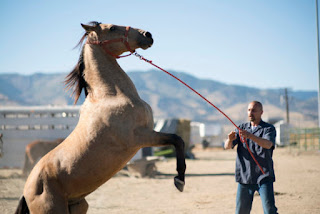 The surprise is that The Mustang delivers all that, and it sneaks in a lot more.  To start, Matthias Schoenaerts.  If you don’t know this Belgian-born actor, you will.  He is magnetic, compelling, a can't-take-your-eyes-off-him guy on the screen.

Maybe you saw him in The Drop (2014) with Tom Hardy and James Gandolfini.  In it,  Schoenaerts brings a frightening, menacing presence that perhaps he tapped into for the backstory of Roman Coleman, our prisoner in The Mustang. 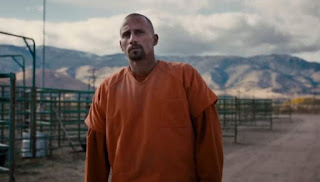 We learn why Coleman is imprisoned through interactions with his daughter, deftly played by Gideon Adlon.  And we see that while it was the external violence he committed that put him in prison, it’s his own internal torture as he comes to know himself and understand what he has done, that he must push through to be redeemed. 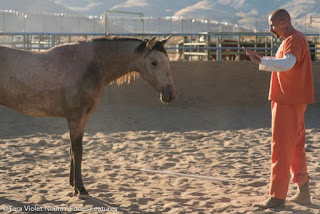 Prison counseling can’t do that.  Neither can prison society, or prison rules, or prison justice.  Only a horse can do that.  A horse and Bruce Dern, who just dodges cliche as the crusty head of the prison's equine therapy program, a real life thing that you will want to open your pocketbook to after seeing this film. 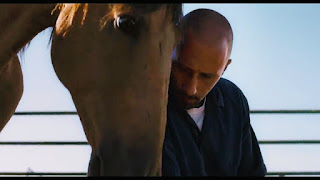 Maybe that sounds flip, but don't dismiss this movie.  Schoenarts’ performance is gripping, powerful without bowling us over, thanks in part to The Mustang’s director Laure de Clermont-Tonnerre.  And thank you, Robert Redford, for producing.

Without becoming sappy or sentimental, The Mustang illustrates beautiful things in this world:  The mystery and healing power of connections between humans and animals and our home, the natural world; the emancipation inherent in truth and acceptance of responsibility; the indefinable capacity of heart.

You should see it ~ and be prepared for it to hang with you for a good long while. Bruce Dern in The Mustang 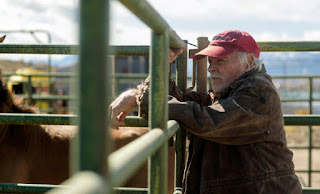 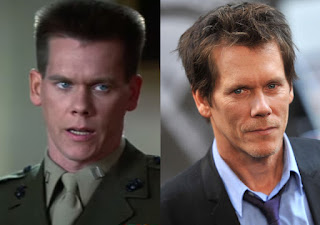