Right out of the chute, The Florida Project thrusts us back into the free-wheeling summer vacations and that big-world-no-worries life that children lead.  Remember when school let out, and June, July, and August stretched to the horizon like Route 66 across New Mexico?

So we freely surrender to Sean Baker, the striking cotton candy colors of Florida, and these precocious kids’ point of view.  Moonee (Brooklynn Prince), Jancey (Valeria Cotto), and Scooty (Christopher Rivera) travel at will among the brightly-painted yet seedy residence motels just outside of – and galaxies away from  – Walt Disney World. 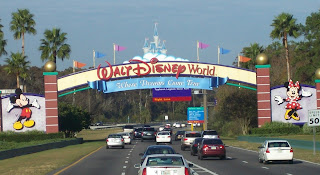 The kids’ shenanigans seem mostly child-like and harmless until a seeping realization forms in the periphery:  While this sense of freedom and unlimited time seem familiar, this is not a replay of the innocent summers we recall from our days gone by.  Something is amiss and uncomfortable anticipation lurks.

Their sphere of operation is a world distinct from the mainstream.  In this world, seven-year-olds spend long days out of sight and earshot of their parents.  On a given day, they might shut off the power to their building, or spit and spit and spit on a neighbor’s car until windshield runs slimy, and then curse her – while standing their ground – when she demands reparations. 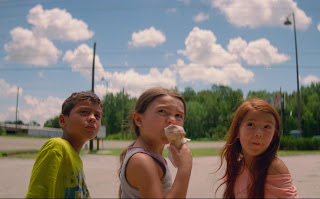 We see them pass an ice cream cone among themselves sweetly, but it’s one they bought after lying to and begging money from strangers as a matter of course.  They investigate an abandoned building and inadvertently set it afire.

Then we meet Halley (Bria Vinaite, a force in every scene), Moonee’s mom, barely out of her teens herself, full of suspicion and defiance.  But there’s no rolling of eyes or that whole apple-and-tree thing.  No, thanks to Baker’s direction, we get her.  We see that she is resourceful and relentless and bold in the face of her bleak prospects. 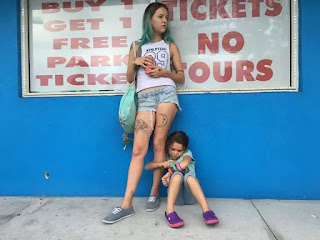 At the same time we know that - barring a deus ex machina – something’s gotta give.  Halley cannot carry on grifting and stealing and prostituting herself.  She cannot continue to model disrespect for all those around her – even those who try to help, like Bobby (Willem Dafoe, in a role his leathered face and sinewy body were made for) the dogged and pragmatic motel manager who hovers just above beleaguered – as well as the other single parents around her.  She cannot go on this way, because this way, there is no hope for her, or for Moonee. 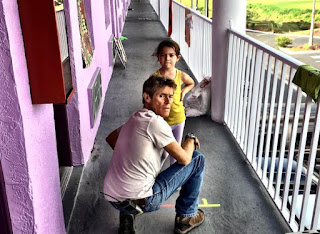 Thanks to the immersive, non-judgmental quality of Baker’s direction, and the natural honesty of the script, we see the humanity of these folks on the fringe and yearn for them to rise above.  We wonder why they never, ever look toward or talk about Walt Disney World.  Halley only ventures into its periphery to hawk knock-off perfumes so she can return to the motel and pay this week’s rent.  And notably, she appears not to be self-observant, or to grow from her experiences.

We want Halley’s intellect to extend her vision, and Moonee’s future to be full of possibilities.    Instead, the truth arrives in the form of police and child services.  And here is where Baker as screenwriter, along with co-writer Chris Bergoch, give us the hand of God, or more accurately, the wand of the Wizard.

This viewer – who’d been in it all the way – was taken aback.  But in fairness, maybe she’s hung up on a fantasy of her own. 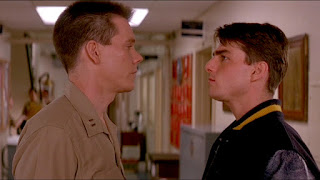