What’s not to like here?  MattDamon?  Julianne Moore?!  Cohen Brothers?!!  George Flippin’ Clooney!!!  Come on!  Who could ask for anything more?

Our setting:  Suburbicon, 1950-something, a planned community of cookie-cutter homes and families promoted as ‘diverse’ since each white family of four hails from various locales around the country.  Then, Mailman Henry delivers letters to a new family in the neighborhood, and learns posthaste (sorry) that the Mayers are not white.  Word spreads and the pump is primed for…what? Quirky Cohen Brothers upset and shenanigans?

But wait!  Cut to the Lodge home, the next block over, where stuff has gone seriously awry.  Bad men have taken over, men who most certainly do not belong in Suburbicon.  Yet here they are with their unseemly personas, perpetrating something dangerous and frightening and about which we need more information.  What’s in store?  An ominous beginning full of uncertainty and anticipation.  Oh boy!

There are your premises.  Two threads.  Two distinct stories, each with its own cast of characters.  And never the twain shall meet.  Or rarely.  Oh sure, the Lodge family – Gardner (Matt Damon), Rose/Margaret (Julianne Moore) and young Nicky (Noah Jupe) – shares the same letter carrier and their back yard abuts that of the newly ensconced black family, the Mayers – Mrs. Mayer (Kamirah Westbrook), Mr. Mayer (Leith M. Burke) and Andy Mayer (Tony Espinoza).  They shop at the same grocery store.  The boys play baseball together.

But how are these stories connected?  What revelation will give us that satisfying ‘aha!’?

Both stories are compelling.  That of the Mayers because of the sickening recognition of our ugly selves one more time, here in perfectly perfect Suburbicon.  The veneer of regularity and order gives way too certainly to a revolting and repugnant hate-driven mob.  We white folks in the theatres cringe, and shrink into our seats as our horrid heritage plays out before us.  Our anguish can only be for this wholesome family which has developed at strategy – and taught it to their young son – of how to cope with racism, how to maintain dignity in the face of an ignorant assault on your very humanity.

Nothing Cohen quirky about it.

The story of the Lodge family, by contrast, is brimming with dark revelations getting darker, and funnier, as we peel back the layers of rationalized self-serving greed and what happens along the way when a perfectly simple plan goes way, way wrong.  Nobody creates characters with as much bald-faced absurdity as the Cohens.  Nobody can place a U-turn like the Cohens (and Clooney & Heslov who did the rewrites).  With plenty of comic wrenches thrown, this thread delivers a happy blend of  twists and we’re mostly satisfied with the outcome, though little Nicky, insightful as he is, can’t go live with Uncle Mitch (Gary Basaraba) after all.

So what are these two stories doing in the same film?  Hard to say.  This viewer found herself trying to patch it together for the screenwriters!  They tried so hard, we really want to help!  The two boys have a genuine friendship after all.  It’s just not enough to stitch this thing into a coherent piece.

That’s what not to like about Suburbicon – the juxtaposition doesn’t make sense, even though we really, really want it to.

Still, we can’t say we didn’t like it.  We just wish we could make it better. 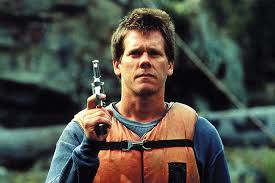